FLARM is the traffic awareness and collision avoidance technology for General Aviation, light aircraft, and UAVs. With FLARM installed, you are alerted of both traffic and imminent collisions with other aircraft, so you can take action before it is too late.

Every year, around 40 aircraft are involved in a mid-air collision. Unfortunately, half of these are fatal. Surprisingly, most of these accidents happen in good visibility and daylight.

Accident investigations have shown that the VFR-principle of “see and avoid” is not sufficient, as it is often nearly impossible to see the other aircraft. The human visual system is simply not capable of detecting objects on a collision course, since they are on a fixed vector from the aircraft. Other biological, physiological, and psychological effects (“human factors”) further decrease the chance of seeing the other aircraft in time. In addition, pilots don’t spend all the time watching for other aircraft.

FLARM works by calculating and broadcasting its own future flight path to nearby aircraft. At the same time, it receives the future flight path from surrounding aircraft. An intelligent motion prediction algorithm calculates a collision risk for each aircraft based on an integrated risk model. When a collision is imminent, the pilots are alerted with the relative position of the intruder, enabling them to avoid a collision.

Each FLARM system determines its position and altitude with a sensitive GPS receiver. Based on speed, acceleration, track, turn radius, wind, altitude, vertical speed, aircraft type, and other parameters, a precise projected flight path can be calculated. The flight path, together with additional information such as a unique identification number, is encoded before being broadcast over an encrypted radio channel twice per second.

Newer FLARM devices which are based on the improved PowerFLARM technology optionally incorporate an ADS-B and transponder (SSR) Mode-C/S receiver. This enables additional aircraft to be included in the collision prediction algorithm.

Over 60,000 manned aircraft and many UAVs are already equipped with FLARM and the number is rapidly increasing. In Europe, essentially 100 % of gliders have FLARM and would never fly without it.

FLARM is approved by EASA for fixed installation in certified aircraft. EASA supports FLARM as it significantly decreases the risk of a mid-air collision between participating aircraft. FLARM has been referenced in several EASA publications, including being approved as a Standard Change.

FLARM is also available to OEMs for integration into other avionics.

FLARM is based on cooperative exchange of digital data through radio communication, similar to ADS-B. Due to the cooperative exchange of data amongst the devices, compatibility is critical: each device needs to speak the same language in order to be interpreted correctly. Innovation and improvements must happen while retaining full compatibility of the complete population at all times. Please see http://flarm.com/wp-content/uploads/2015/08/FLARM-System-Design-and-Compatibility.pdf

When installing any type of equipment in a type-certificated aircraft, there are mainly two types of legal requirements: First, the equipment has to be approved, and second, the installation itself has to be approved. These two requirements are distinct and commonly mixed up even by aviation professionals. We have published a white paper that explains those two requirements and how they relate to the installation of FLARM.  Please see https://flarm.com/newsroom/white-papers/regulatory-requirements-for-installing-flarm-in-aircraft/ 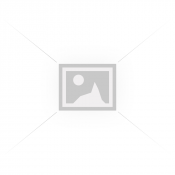 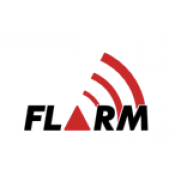 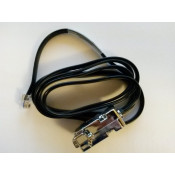 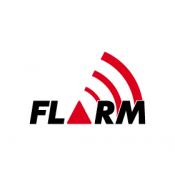 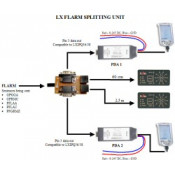 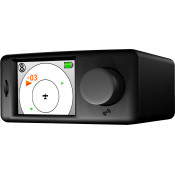 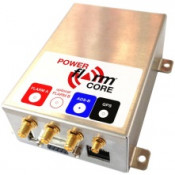 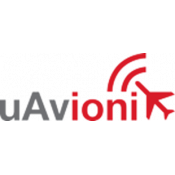 PilotAware.  Currently UnavailablePilotAware has been committed to the development of low-cost ..

Selected by RAF for fitment to its' Tucano fleet!Flarm and ADS-B 1090:•868MHz FLARM transceiver with..

An ideal club compact portable standalone device based on PowerFLARM technology. It comes with an in..

An ideal club compact portable standalone device based on PowerFLARM technology. It comes with an ..

An ideal club compact portable standalone device based on PowerFLARM technology. It comes with an ..